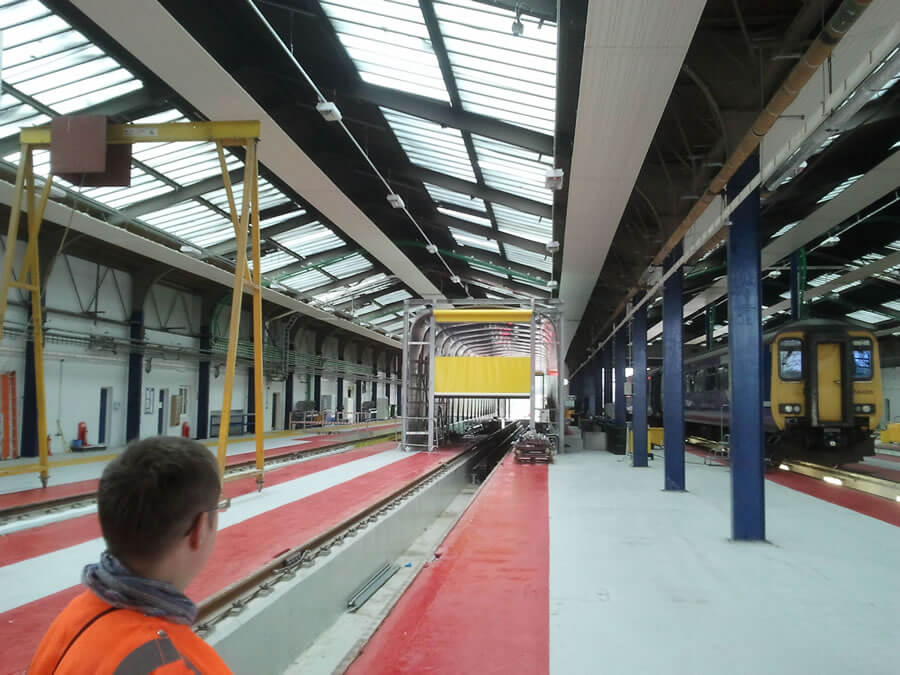 However, an increase in capacity on Northern Rail services has led to a major refurbishment project being carried out. Flowstone Industrial Flooring was contracted on behalf of Network Rail, to carry out over 5,000 square metres of floor repair and coating works as part of the refurbishment program.

The task posed several challenges: firstly, the floor had numerous uneven levels throughout the entire footprint, secondly, the floor was heavily contaminated with oil and the arrival and installation of new equipment meant working to tight schedules.

The entire floor underwent diamond grinding to reduce the unevenness and remove the surface oil contamination. The floor was then shot blasted to ensure a clean, profiled surface ready for the resin application. Flowstone applied a Resdev oil tolerant primer to the areas where the oil contamination had penetrated the concrete slab and a liquid damp proof membrane was applied to the new concrete areas. The entire floor was coated with Pumatect – a solvent free, high build, heavy duty, epoxy resin floor coating. The anti-slip colour scheme selected was yellow pedestrian walkways, light grey for the maintenance pits and work areas with safety red to either side of the rail tracks.

The finished floor was delivered on time and to specification, making the depot a safer environment for all who work on the floor. The depot is to reopen on December 9th to provide maintenance for Northern Rail’s rolling stock and will create a total of 47 new jobs.