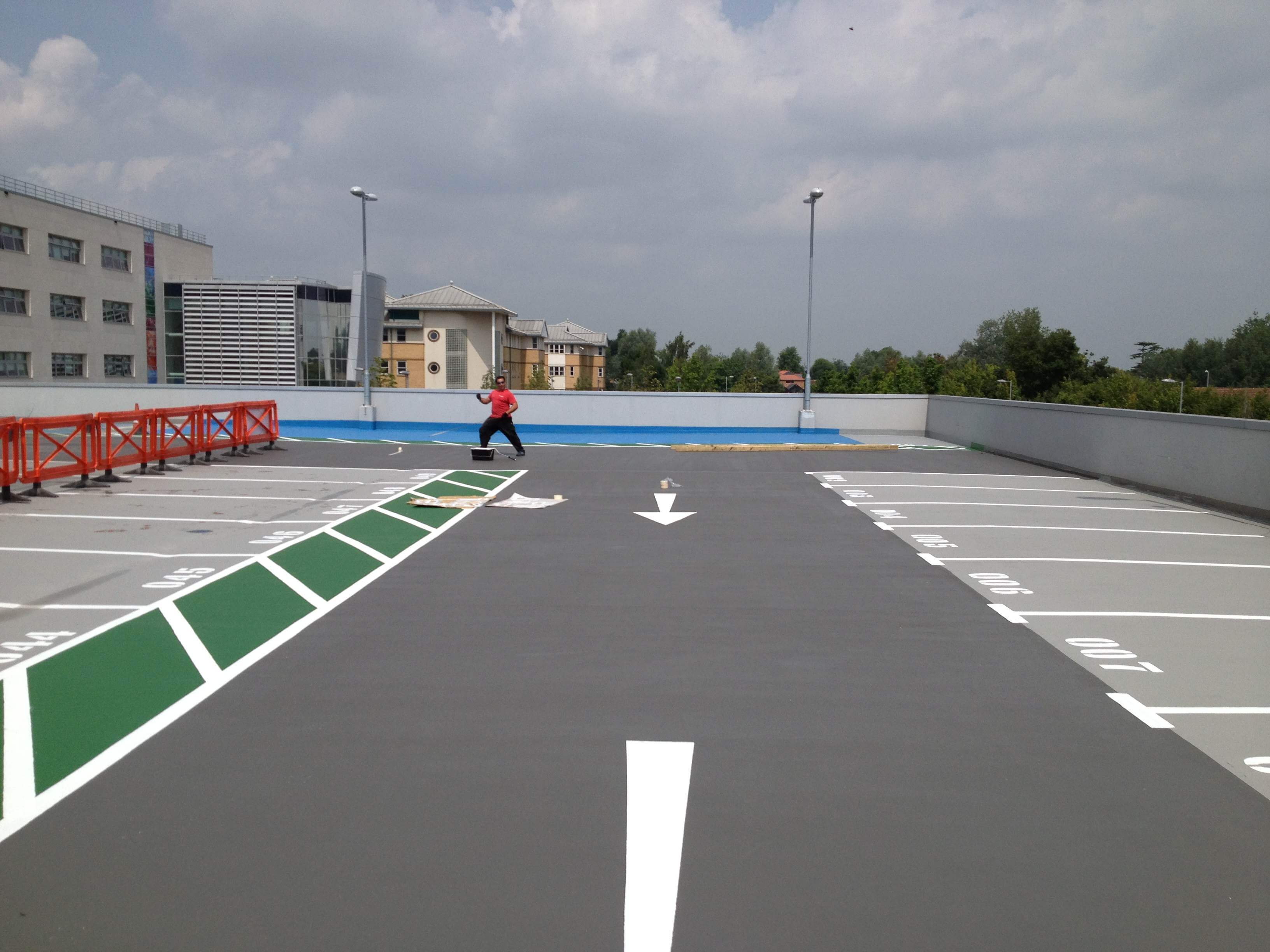 The deck had previously received a protective waterproofing system, some years earlier, which was now reaching the end of its life. A new waterproofing application was in order to ensure the fabric of the building remained protected from the elements and chemical attack from vehicle fuels and oils and to ensure the hospital building below did not begin to suffer from any water ingress from the car park above.
The team began by carrying out surface testing to determine the bond strength of the existing coating, before carrying out a 6 week programme of works renewing the waterproofing system. The area was prepared by high pressure jet washing followed by industrial drying. The floor was then solvent washed which involves soaking cloths in specialist solvents and wiping the floor to remove contaminants and dirt from the surface. .

The Sika Pronto waterproofing system was selected for this project due to its excellent waterproofing, crack resistant and fast curing properties combined with a colourful and decorative hard wearing finish. The team applied the system to 5,000 square metres of floor area and carried out over 3,000 linear metres of fleece reinforced membrane banding to fully seal the reinforced concrete structure.

The main challenge the project posed was carrying out the works in dry conditions with the air temperature being less than 30 degrees centigrade. The project was taking place during a very hot summer period which was punctuated with heavy downpours. The team worked night shifts on particularly hot days to ensure that the system was being applied in strict accordance with the manufacturer’s specification and to ensure the project was completed within the 6 week programme period. The result was a rooftop car park which was a more visually pleasing and safer for car park users as well as protecting the building water ingress and damage caused by vehicle fuels and oils.

The hospital’s facilities management team were particularly impressed with how Flowstone worked within tight schedules and varied weather conditions to complete the project on time.